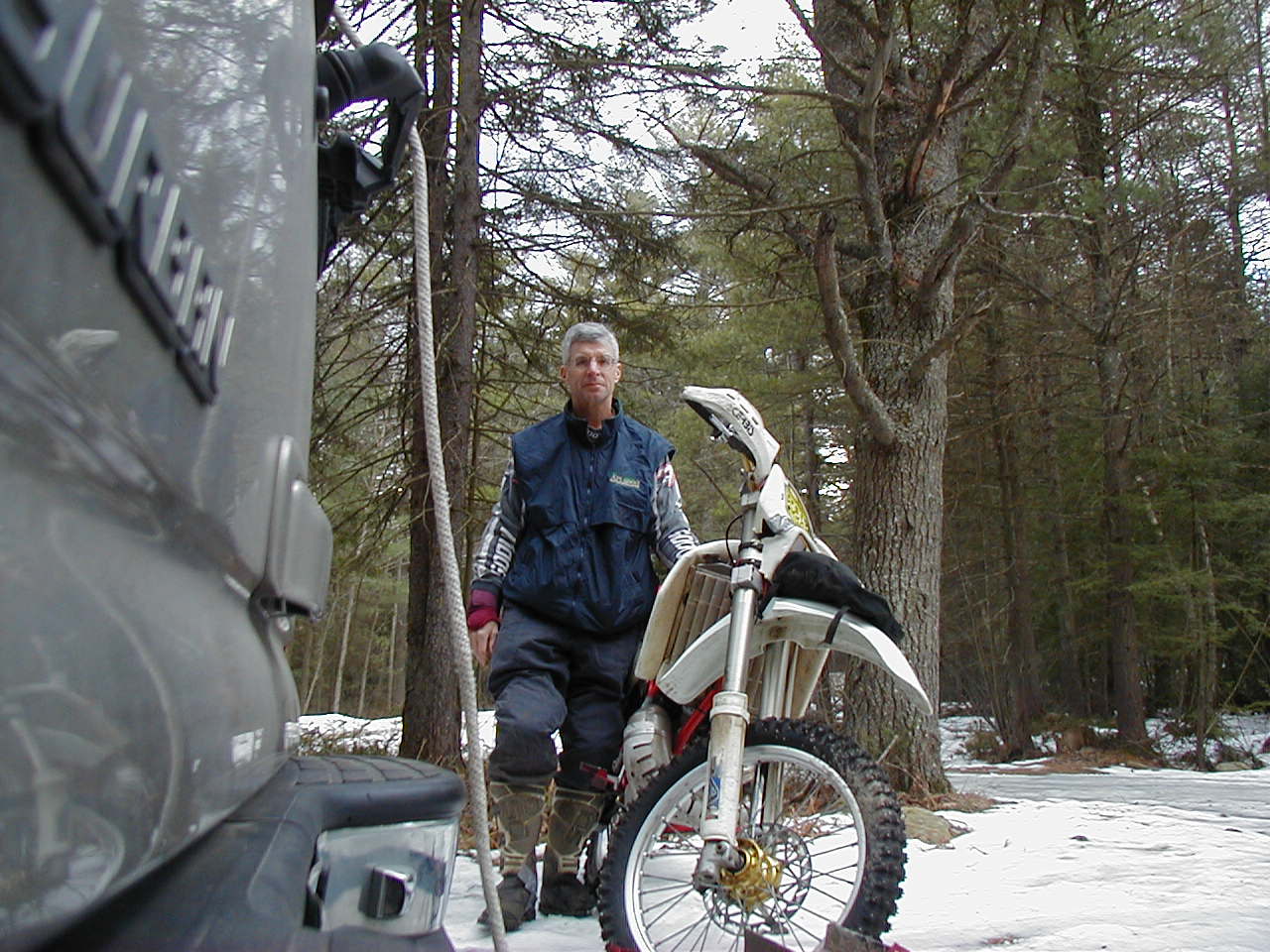 My host backing his aluminum flat-bottomed 85 HP boat away from the trailer ramp at Polestar Marina at Mile Marker 221.8 roughly N.W. of St. Louis and slightly downriver from the Golden Eagle Ferry, on the Missouri side.

The Dodge extended cab tow vehicle had a stick shift. That's rare. Note that my host left the front wheels sharply turned so the truck would not go into the water if the parking brake failed. The object in the bed is a hunter's duck blind found along the side of the road.

The trailer has carpet-covered bunks instead of rollers. The boat sticks to those bunks a lot more than it does to rollers. Bear in mind that in 1993, the river flooded and rose about 25 ft., so this whole area must have been underwater.

This was a smooth 2-stroke motor. It had no power tilt, but my host was able to adjust the tilt manually to make the bow lift up off the water just the right amount. I regretted not bringing my global positioning system (GPS) unit so we could clock the speed. Probably about 40 MPH. That boat had face-melting acceleration. My host changed the prop during the trip. I couldn't tell the difference because it was fast either way. If I had tried to change the prop or the tilt, I would have dropped the hardware in the river, capsized the boat, and had a swim. That boat is narrow and tippy.

My only complaint about this boat was that I didn't have anything to hang on to when I sat in the far seat as a passenger. My host let me drive some of the time. There are a lot of logs and debris floating in the river. One mistake and you could ruin the motor's lower unit. My host took us upstream to the Winfield Ferry so we could have some help from the current getting home if we had problems.

In 1993 the flooding rose to knee deep in the upstairs main dining room. This restaurant is on the Illinois side, at the Golden Eagle Ferry. There were some excellent sport bikes and cruisers parked outside. The bar has flood photos covered with clear laquer or poured plastic. 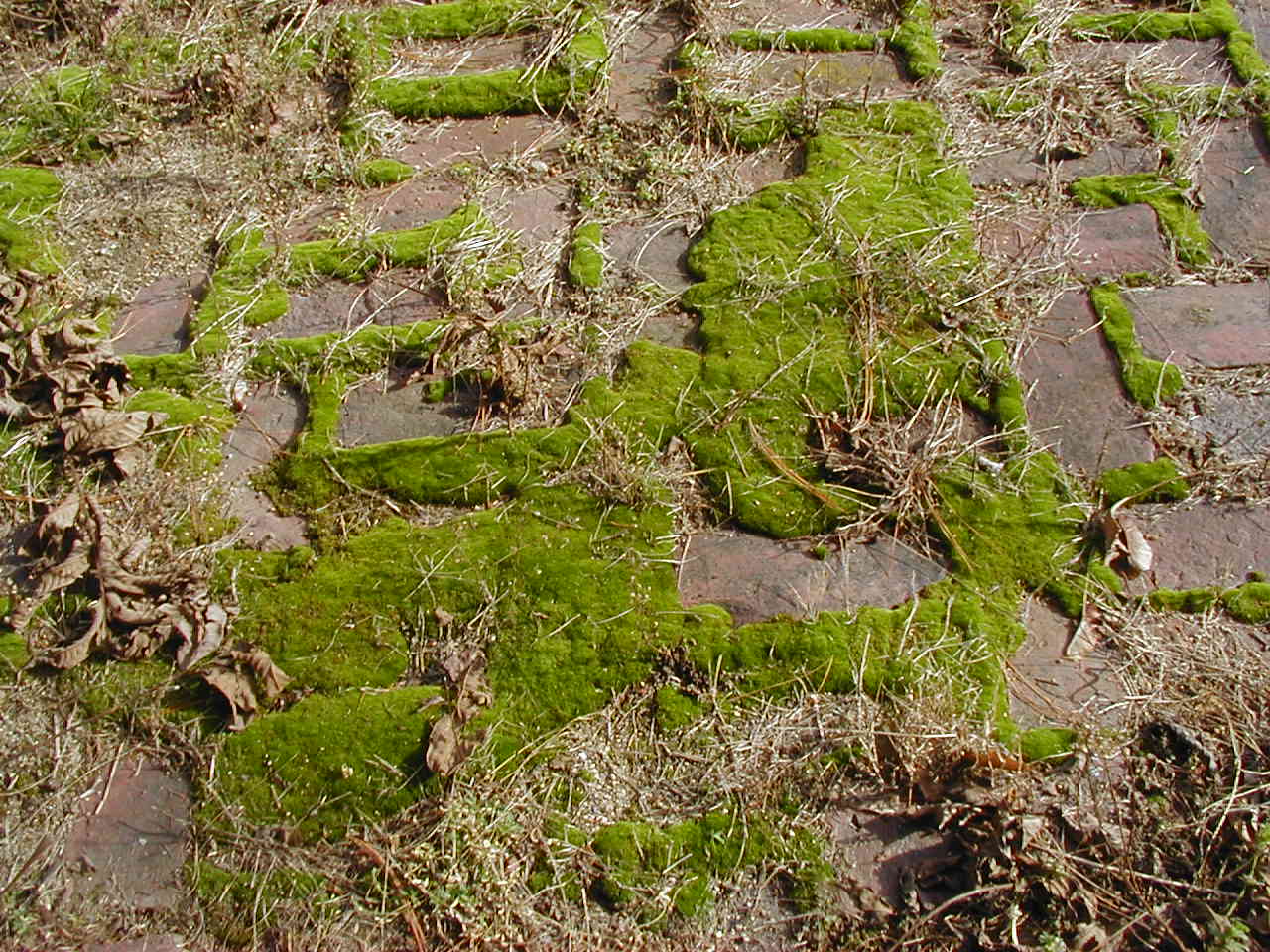 This is the floating dock at Kinders. Note the rocket-propelled grenade launcher (RPG) on the boat's bow. Actually, that's a trolling motor. My life jacket complements the camo color scheme.

Abandoned barge-pushing tug up by the Winfield Ferry. Even though the tugs push clusters of barges, they call it a "tow." This tug is resting just below the Winfield Federal Locks & Dam # 25. 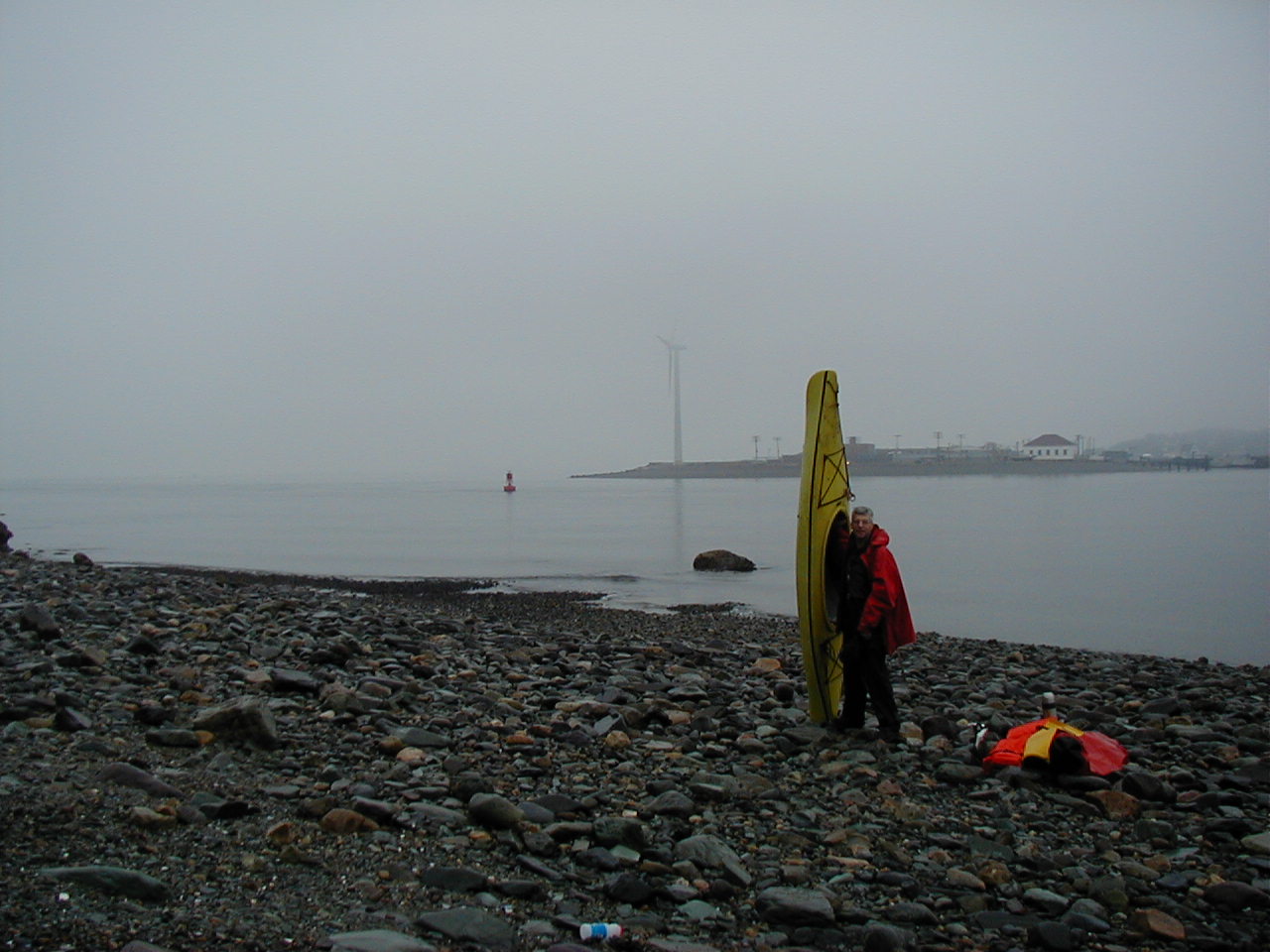 This is a dredge, but not a big one. It might be used to dig out a marina.

Flowering trees are in bloom about three weeks ahead of Boston. 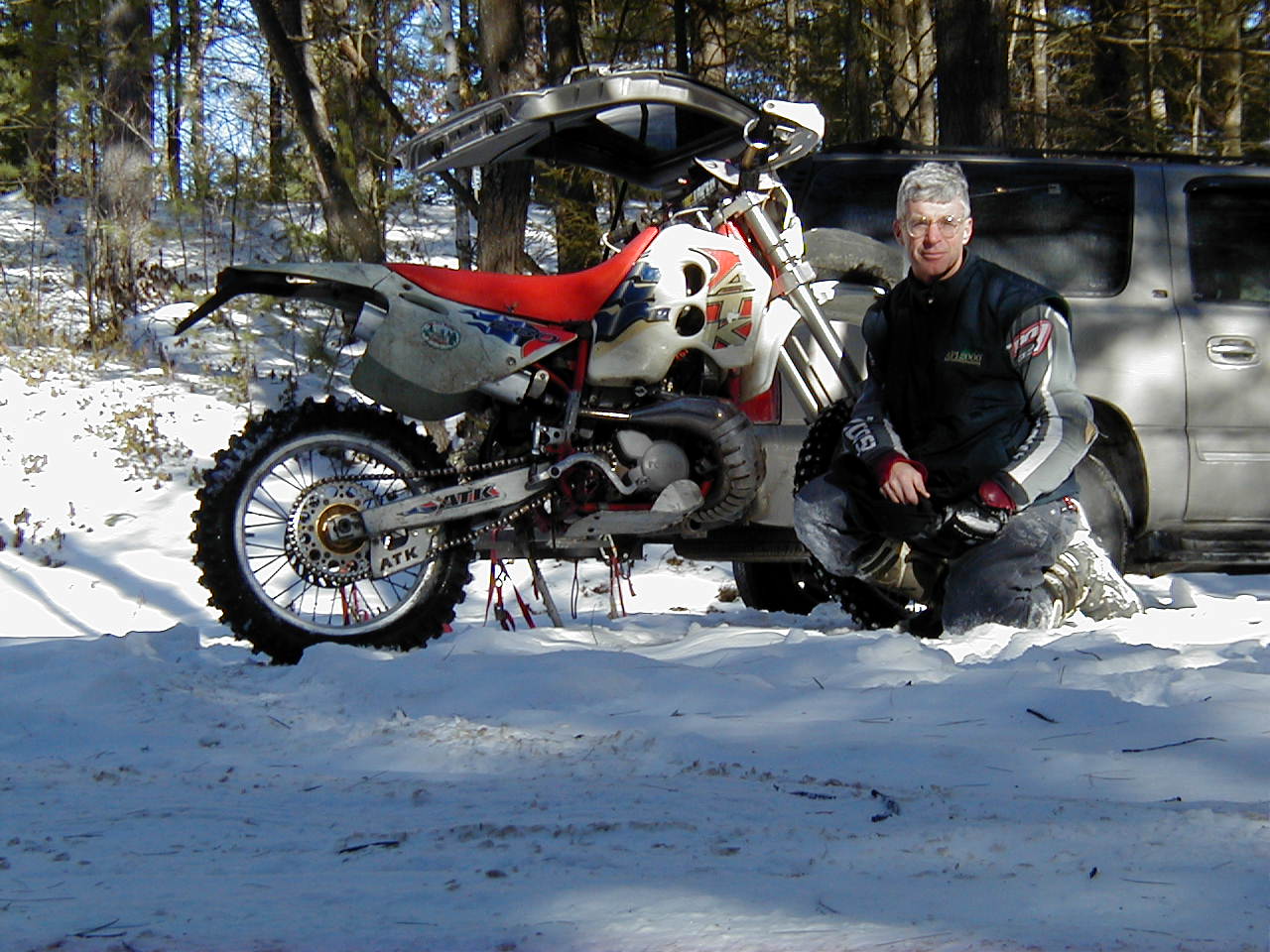 That's one of the barges. They have covers to keep the fertilizer, grain, or other cargo dry.